Storytelling and Video Games: The Avatar

What makes video games significant as a new medium for telling stories?

This is something I've been struggling to express for some time and I'm hoping that talking about it here will help me organize my thoughts. This is only part one, not because I have other parts planned but because I expect I will need to do more in the future to address this fairly and completely. Basically, I'm trig to tease out why video games represent an important shift in the kind of storytelling we do as a culture, and why I think games let us do things other media has never done before.

Today, I will start by talking about avatars, the playable characters controlled throughout gameplay. Because the avatar is usually the main character in the game, there are parallels, especially emotional ones, between them and the main character in a book or movie. Once we become attached to the character (if we do), their struggles become our struggles. The protagonist in a traditional, formulaic Hollywood movie is someone we can project onto*: they have some flaws that we can map to our own, but when forced into an emotional or physical struggle they behave the way we want to believe we would behave and are rewarded. We imagine ourselves in that role, at the centers of our own stories, and we can be comforted knowing that if this fictional character can succeed under adversity and be rewarded, so can we. This is how books and movies work: they let us safely experience situations, people, and worlds which we might not in our day-to-day lives, and generate emotional experiences that feel real but which are not threatening or permanent.


Because your character's fate depends directly on the player's actions, it's a lot easier for the player to feel as though they're participatory, and they're more likely to become anxious while playing a tough game or to wince or jump when something startles or attacks their on-screen avatar.


There's a lot more that can be said about the Avatar, but the major things I want to talk about here are two ways in which the avatar has been used in the past to bring the player into the story: skill and choice.


Skill-based video games - and most video games are skill-based to a greater or lesser extent - ask that the player complete some tasks, on behalf of his avatar, to move forward. In the case of Super Mario Bros, you must reach the end of the level without dying before time runs out. If you do die, or if time does run out, you are returned to the beginning of the level to try again. In terms of story (since ostensibly this post is about storytelling), Mario's doesn't continue unless you make it to the end; failure is a kind of "That didn't really happen" condition, so you replay to bring the story to its proper conclusion. This concept is brilliantly winked at in Prince of Persia: The Sands of Time, which is presented as a story recounted by its protagonist - when the main character dies, the narrator corrects this by saying "Actually, that didn't happen. Let me try again." In skill-based games, there's usually a story, and then there's failure; usually only success counts. A good contrary example, however, can be found in StarFox 64 - in one level, failure to destroy an enemy mothership quickly enough results in a friendly base being destroyed, and changes the player's next destination.


Though this is a failure the player has to live with, it doesn't significantly impact the story. Usually, skill-based games exist as a way to reward the player for their abilities; in victory, they share in the success of their avatar (saved the princess, saved the galaxy, etc.), which is made the sweeter because of the numerous previous disappointments of failure. The skill you have to demonstrate to beat the game is usually something you earn, so it's natural for players to feel accomplishment after many attempts finally yields a single success.


More recently, choice has been used as a way to bring players into games. In games like Mass Effect or Heavy Rain - both of which are games that are heavily reliant on (and often praised for) their stories - the player's choices can significantly impact the outcome of the story and of the game. Done well, this turns a game from one story into many stories, and done VERY well, these stories are all compelling, and the player feels that the choices she made throughout the game mattered. In the end, the story is her story, the player's story, not just the story of the protagonist or avatar.


Here's where it gets interesting. Both of these game elements, skill and choice, bind you emotionally to your protagonist/avatar because his fate is directly dependent upon your ability and your decisions. We've gotten so used to some tropes - slay the dragon, rescue the princess, defeat the evil-looking guy - that when those scenarios get set up, we don't really question them. It's when our preconceptions are subverted, and that emotional connection to your character is exploited, that you start to get the kind of experiences that are really unique to video games. A simple example that has already been well-executed in several games involves a sense of guilt or implication, emotions films and books have a tough time eliciting. If, in playing the game, we discover that the task our character was striving for is something that we ourselves aren't comfortable with, then we weren't just rooting for the player - like we might have been rooting for a character in a movie who becomes more unsavory throughout the story - but we actually enabled the character. We, the player, are personally responsible for all of the character's successes, and if we decide as the story unfolds that we don't like those successes, we still get to shoulder the burden for them. 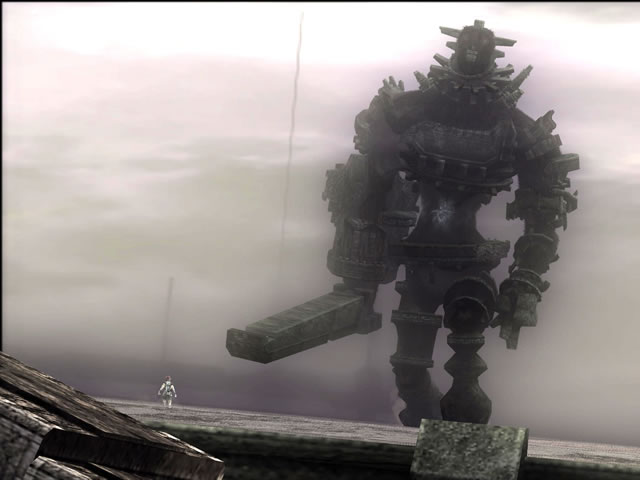 To summarize: Because the player controls the avatar, and the avatar's success is linked to the player's choices and skills, the player's own investment in the success of that avatar can be strengthened even when the story is less nuanced or harder to relate to than stories in books or movies. In video games that emphasize story, a strong player-avatar link can be used to enhance the emotional feedback the player gets from the game, so that what happens to the avatar is felt more viscerally by the player. And for developers who really understand what players expect from their video games, subtly changes can play off those expectations to vary the emotions their game produces - and the surprise the players feel will itself be amplified by the player-avatar connection.

There are reasons why we would expect that a video game's story wouldn't be as compelling as a book's, and some of those are valid; subtler emotions are easier for text to describe, given a talented enough writer. But the way the player-avatar connection links parts of our minds to what happens on screen is much more basic and primal than what we experience from non-interactive media, and if recent experiments suggest a trend, this may soon be one of the ways in which video games differentiate themselves as an important medium for telling stories.
Posted by Solomon at 11:51 AM